Information about a client

He has persistence and pride and strong intention and he is the son of Jebel Shamsan. He is one of the youths of Aden but he has strong ambition. He exerts lot of effort and has a good smile.

As it is said that the first thousand mile is begun with a step but the step of Hisham was not like any step for he studied his project and planned his work. After completing his secondary education he began to think of a project that would earn him his living and his family is composed of four individuals. The main important thing is the type of project and he had a good knowledge of stationary. So he began to search seriously about his project and took the opportunity for there were no stationeries near his area and there were schools nearby so began to save so collect some capital to open a stationary shop.

Due to lack of capital he began to think of loan which would support him in opening the shop. He had heard of Aden Foundation for smaller funding who is giving facilities to support such projects and there were groups of ambitious people for which special loans are given so he rapidly came to the branch in Crater and with ease he got the loan which supported him greatly and made him stand in the journey of thousand miles.

The Foundation was a boon for this ambitious youth and helped him greatly in earning and increasing his capital and he began to save too. But this was not the end of his ambitious journey so he began to think of more sources of income because at time during school holidays there would be recession in business and so during those periods he would have to spend from his savings. So he again came to the Foundation and asked for another loan to buy a minibus to use as taxi.

Since Hisham was one of the special clients of the Foundation he was given another loan he start another step in his life and it was not the last for he is still ambitious and he would still think of getting more loans and have more plans and projects due to his persistent nature and patience and ambition so he would challenge against any problems ahead. 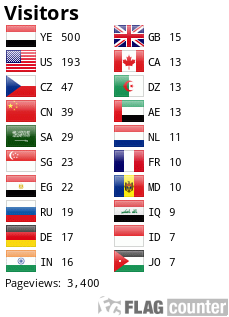